As one of the fastest changing industries out there, IT is also among the most unpredictable. For an organization to keep itself in step with the sector as a whole, it needs to continually stay tuned to whatever trends are coming out on a regular basis.

Even though it is impossible to be entirely sure about what is going to happen in the future, statistics show that global IT spending will rise by 6.2% from the year prior, reaching a projected total of $3.7 trillion in 2018. Forecasts also indicate that spending on enterprise software will see an 11.1% increase, while spending on devices and IT services will also rise by 6.6 and 7.4 percent respectively. 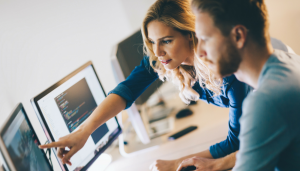 The IT industry has always had to deal with talent shortages. And while overall spending will increase by a substantial margin over 2018, this trend is said only to get worse. What’s more, companies that do find tech talent often can’t In fact, over 44% of tech businesses say that they are missing out on top talent because potential candidates are asking for salaries that they cannot offer. It has led to many organizations looking to hire less experienced workers who are seeking to expand their skills in-house.

Despite the point made above, the hiring process remains sluggish within the tech industry. While two-thirds of tech professionals said they lose interest if there is no follow-up within the first two weeks after an interview, the average length to fill a staff-level role takes about 4.5 weeks. Also, 41% of Chief Information Officers said that they are not satisfied with the speed of their hiring process. 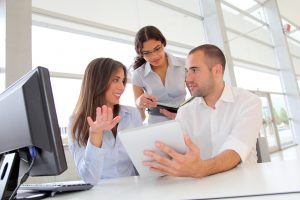 As new tech is finding its way in other industries, the requirement for experienced tech professionals is also growing in other sectors, particularly in healthcare, finance, and manufacturing. Healthcare is in need of modernization and innovation to provide better patient care, while the financial industry is focusing more on big data and security. Manufacturing, on the other hand, is being heavily influenced by automation. All of these sectors are looking for tech goals.

With technology becoming increasingly more common in other sectors, tech professionals need to have the ability to communicate and collaborate with other departments. It makes specific skills, such as critical thinking, listening, and communication, to become part of every job seeker’s application. Tech workers need to be able to communicate messages to other people that may not be as tech-savvy.

IT is among the top ranking industries when it comes to job happiness and satisfaction. It also sits relatively low on the stress level for its employees. And, at least in part, these high-satisfaction low-stress levels are due to the many perks that tech companies offer to their staff. Only 19 percent of companies don’t offer bonuses, and only 17 percent said they base their raises on service history of working at those companies. Most of the raises given are merit-based and accompanied by all sorts of perks such as flexible work schedules, telecommuting, gym memberships, free food, and other similar benefits. 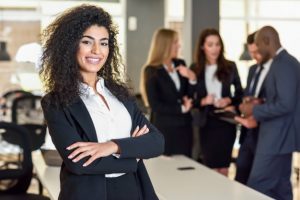 In short, the tech industry will still have to struggle with a shortage of skilled workforce, going forward into 2018 and even 2019. What’s more, there is an increase in tech worker demand coming from other sectors, which will push specialists into developing their communication skills. Nevertheless, job satisfaction remains at an all-time high and is expected to increase even more in the foreseeable future.